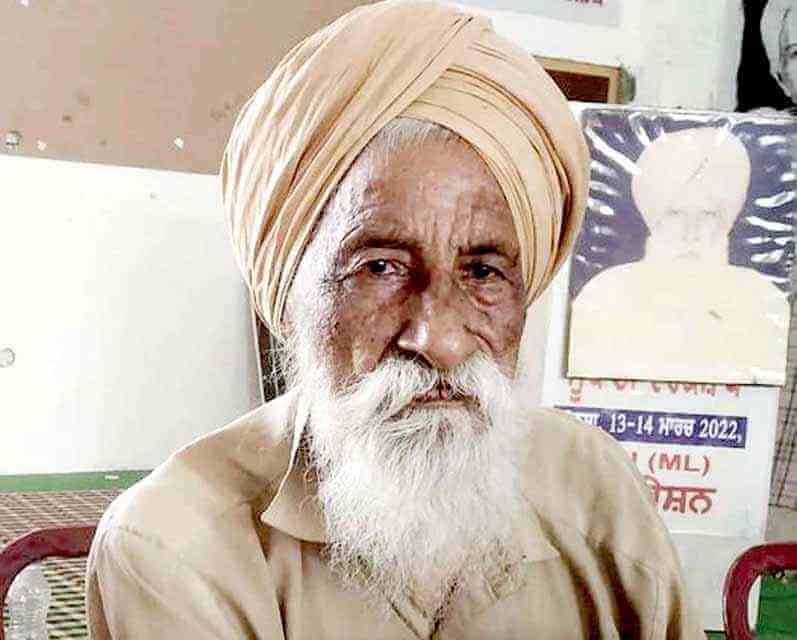 Comrade Kripal Singh Bir, who had participated in two historic farmers' struggles, passed away on 12 September 2022 at the age of 94. He was the last of the farmer warriors who had participated in the historic Pepsu Mujara (sharecroppers') struggle that lasted from 1942 to 1951 during which more than 18 lakh acres of land were confiscated from rich landlords and royal families in Punjab and distributed among the Mujaras. In this context the Mujaras faced the Patiala royal army and canons for 3 continuous days at Kishangarh village in Mansa. In 1952 the Mujara reprehensive won the Assembly election and Mujaras succeeded in securing legal possession rights to these lands.

Comrade Kripal Singh's journey through Lal Communist Party, CPI and CPIM brought him to the CPIML in 1995. A resident of Bir Khurd village in Mansa, Comrade Kripal Singh was active in the party till his last breath. At one period he was Mansa District Secretary of the party. He was the only leader to have participated in the Mujara movement as well as the historic Delhi border farmers' movement last year. Comrade Bir was honoured on the dais at Tikri border. Comrade Kripal Singh Bir will always remain an inspiration for the coming generations.