On August 12th, the Kozhikode Sessions Court granted bail to a 74-year-old social activist – Civic Chandran – observing that "The photographs produced along with the bail application by the accused would reveal that the defacto complainant herself is wearing a dress which is sexually provocative. So Section 354A will not prima facie stand against the accused.” The aforementioned dictum pronounced by the court is a blatant violation of constitutional morality and the democratic fabric of India. The decision indicates that the clothing of a woman can deny her access to justice and a fair trial.

As per the reports, the court observed that “the photograph of the complainant, produced by the accused along with the bail application,” explains that she “herself is exposing to dresses which are having some sexual provocative one” and it is “impossible to believe” that a man aged 74 years with a physical disability “can forcefully put the complainant on his lap and molest her”.

The All India Lawyers’ Association for Justice (AILAJ) in a statement noted that “As held in Vishaka vs. State of Rajasthan, incidents that violate the fundamental rights of 'Gender Equality' and the 'Right of Life and Liberty' clearly violate the rights under Articles 14, 15 and 21 of the Constitution. Such decisions directly propagate rape culture and incite violence against women. Certain paternalistic and patriarchal virtues and unfairly imposed upon women to control their sexuality and oppress them. This leads to promoting an unsafe environment for women. This decision of the Kozhikhode Sessions Court is an affront to the meaning and content of the Constitution of India which imbibes the varied facets of gender equality to guarantee fundamental rights to women and prevent sexual harassment as well as abuse against them. Implicating that women can be considered victims of sexual harassment based on these arbitrary and prejudiced notions breaches the constitutional mandate and rule of law.”

In another case related to sexual harrasment charges against Civic Chandran, the same court under Judge S. Krishnakumar, while granting anticipatory bail, observed that Chandran, who by virtue of being an known anti-caste activist cannot be charged with SC/ST Prevention of Atrocities Act.

According to NewsLaundry, the Court order states – “The accused is a reformist and is engaged in social activities and he is against the caste system… In such a circumstance, it is highly unbelievable that he will touch the body of the victim fully knowing that she is a member of Scheduled Caste.”

Such developments further reveal the deeply engrained casteist attitudes of the judges who are willing to give impunity to abusers and refusing to apply the SC/ST Prevention of Atrocities Act citing the general politics of the abusers.

Such decisions will give cover to a broad range of abusers to escape accountability for their actions by passing off as progressive while being shielded from the specificities of a crime they committed.

AILAJ condemned the blatantly bigoted and anti-women decision of the Kerala Court which fails to recognize and honour gender justice as envisioned by the democratic and constitutional principles of India, and demanded that the said comments be expunged and to reconsider the bail application on the basis of settled legal norms.

“The law does not demand separate standards of evidence from "educated" women complainants. But the judge slut-shames the complainant: using her education, clothes, age, boyfriend, reluctance to file FIR, along with the age and reputation of the accused and his daughters' education against the survivor. Such persons have no right to be in the judiciary,” said Kavita Krishnan, CPIML Politburo member.

Kerala State legislature should immediately begin the procedure for impeachment of the judge and setting an example to make judges accountable to the people and the democratic social justice values imbued in the Constitution. 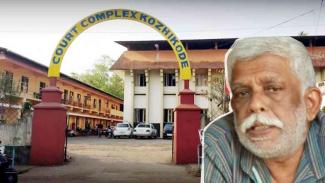