Since July 2022, a short and accessible 64-page book giving a comprehensive overview of the Rastriya Swayamsevak Sangh (RSS) has been making waves. Divided into three parts, the book provides a thorough critique of the RSS and connects its overall political-ideological program with the saffron politics of the Bhartiya Janata Party (BJP) and a range of “autonomous” outfits such as Sri Ram Sene, Bajrang Dal and others.

Originally published in Kannada, it sold over 40,000 copies in no time. It gradually translated into multiple Indian languages. Laden with quotations from leading RSS ideologues, especially M.S. Golwalkar, it is a powerful manifesto of resistance. The book is intended for people grappling with the seemingly all-pervasive RSS worldview: that’s you, me, and everyone else living in today’s India, except perhaps the cast in stone fascists.

Mahadeva outlines the core agenda of the RSS right at the outset: to replace the Constitution that promises equality to every citizen, with the Manusmriti that is based on the “Chaturvarna” hierarchy. He then talks about the main elements of this agenda: transformation of our federal structure into a unitary one, disenfranchisement of the minorities and oppressed, imposition of Sanskrit (and Sanskritised Hindi) over people’s languages, and establishing Aryan racial superiority, all heavily inspired by Nazi Germany.

The country has witnessed consolidated resistance against specific policies (e.g., discriminatory citizenship laws, farm laws, anti-conversion laws, the National Education Policy, and others) and events (e.g., caste atrocities, communal violence, and so on) in recent years. However, these have not congealed into a mass resistance against the RSS and its progenies. In order to forge stronger solidarities and organize successful regime-changing movements, connecting the dots is essential. Mahadeva does precisely that. It is equally important to acknowledge the centrality of casteism in the RSS project: a point that is yet to be fully recognized in opposition politics. The book pushes us to acknowledge this.

The name of the author lends weight and even greater significance to this piece of work. A Dalit writer, Devanuru Mahadeva was one of the most important figures of the Bandaya literary movement of the 1970s, which nurtured a generation of Dalit writers and activists. His path-breaking novels like Kusuma Baale and Odalala established him as a highly subversive writer in modern Kannada literature. In recent years, as Karnataka has increasingly slipped into the hands of the Hindutva forces, this vocal and proactive writer-activist has embodied a much-needed connection between the past and the present.

RSS: Aala Mattu Agala is firmly rooted in emerging socio-political currents in Karnataka and beyond. This includes unity among Dalit organizations against the BJP and RSS, which in turn intersects with unity between Dalit and Left organizations such as CPI-ML (Liberation). This article reflects on the book’s significance for anti-fascist politics, especially for Left activists involved in struggles for plurality and equality.

Mahadeva identifies the present moment as that of a battle between the Indian constitution, crafted under the leadership of Dr. BR Ambedkar, and the caste system which the constitution sought to undo. He traces the origins of this conflict in the historical milieu of the late colonial period, which produced both the RSS and the democratizing currents that created the constitution.

During the decisive decades of the freedom struggle, an influential section of Brahmins organized themselves to guard their self-interest against modern democratic ideas and institutions which facilitated the socio-political assertion of Dalit Bahujans and women. They found a useful role model in European fascism and soon developed a Hindu supremacist ideological framework in order to preserve the caste order.

As the RSS entered politics in the 1950s through the Bhartiya Jan Sangh (BJS), and later through the BJP since 1980, the political implications of their ideology have come to the fore.  Its desire to ensure the continued supremacy of the caste system has led them to try to wipe out other religions that originated in India such as Jainism, Buddhism, Lingayat, whose very origins were out of contempt for the caste system, writes Mahadeva.

As a natural corollary, “pluralism is rupture, separationist, a poisonous seed” for the RSS (Mahadeva, p.19). So is the Indian constitution which sought to replace caste-based laws and ethics with a notion of democratic citizenship. So powerful is the constitution that the RSS has needed a radically alternative political framework to house their agenda. The fascist “one flag, one nation ideology, and Hitler’s one race, one leader all-powerful authoritarian governance” supplied them with a useful point of reference (Mahadeva, p.19).

The notion of Aryan supremacy and racial purity is an essential ingredient of their belief system. Mahadeva points out that here too, Hitler’s Aryan supremacist racist thought has been an inspiration for the RSS. He suggests that the politics of erasure of identities and attacks on indigenous peoples’ rights that we are witnessing today is a direct consequence of Aryan supremacist beliefs.

Manipulation of history is key discursive strategy of the RSS. Mahadeva uses the debate on the Indus Valley Civilization as an example to illustrate this point.

Recent DNA studies at Rakhigarhi on the ancient fossil DNA has revealed that the absence of any Aryan or Vedic lineage within the genealogy of the people of the Indus valley civilization. Shocked by this, the RSS has begun naming the ‘Indus valley civilisation’ to be renamed as ‘Saraswati civilization’. (Mahadeva, p. 35)

As far as policies go, the book refers to a range of contemporary developments – from GST to privatisation, from ban on hijab to passing of the Citizenship (Amendment) Act and anti-conversion laws – as the direct outcome of the RSS belief system. Religious polarization, systematic discrimination against Muslims and Christians, subversion of the federal structure and deliberate damage to public systems such as education that facilitate social equality and upward mobility of Dalit Bahujans and women – each of these takes the RSS closer to realising its agendas.

Mahadeva refrains from using the term “fascist” to refer to the RSS, even though he eagerly draws out its Fascist antecedents. Perhaps he is being mindful of the different historical contexts in which European Fascism and the Indian saffron brigade have thrived. Perhaps it is also due to the unique mode of operation of the Sangh which he correctly defines as “non-constitutional association/organization-controlled party politics”. The semantic difference notwithstanding, Mahadeva’s correct identification of nature and objectives of the RSS, and his passionate call for resistance, make his book a powerful anti-fascist manifesto.

The book assigns a much-needed centrality to the caste question in anti-fascist politics. It’s appeal to the Hindu community is quite remarkable. Mahadeva avoids using the word “Hindutva”, presumably due to its positive connotation among large sections of Hindus. At the same time, he implores Hindus to see through the saffron project and to reject the RSS’s claim of representing all Hindus. He quotes Swami Vivekananda, whom the Sangh has eagerly appropriated, to demonstrate that the Bhagavad Gita – a key text in saffron pedagogy – is in fact a later interpolation into the Mahabharata.

Mahadeva departs from the two dominant tendencies in the “Hindus against Hindu supremacism” frame of thought. He neither calls for a rescue of Hinduism nor does he ask the average Hindus to downplay their religious subjectivity and reject saffron politics purely due to the economic damages it is causing. This creates the possibility of a radical resolution of the Hinduism versus Hindutva conundrum. Instead of “rescuing Hinduism”, we could work towards building a new democratic culture – a “prabuddha” consciousness – based on pre-modern dissenting traditions (Dalit Bahujan, feminist, and others) and modern democratic and humanist ideals. Mahadeva does not say this explicitly but his refusal to fall back on the “rescue Hinduism” framework makes this a potentiality.

Mahadeva’s presentation also raises troubling questions to which, one wishes, the book provided some answers. How did an organization with clear fascist objectives manage to successfully work its way over time into India’s constitutional system? How did a country that voted out a BJP government (led by Vajpayee) in the aftermath of the Modi led Gujarat pogrom come to accept the latter as a national leader within a decade?

While pointing out the specificity of the RSS and the potent threat that it carries, Mahadeva sometimes appears a bit soft on previous unjust regimes, somewhat downplaying the horrors of the Emergency. One also wishes that the author included a sharper analytic of capital in the book. The rise of the BJP under Modi cannot be explained fully without considering big corporate support for the regime.

Notwithstanding these concerns, the book is a must read for all Left activists fighting for plurality and equality. For those of us who are not familiar with the literary work of Mahadeva, this book should be a starting point for exploring an outstanding intellectual and activist of our times.

The intensification of caste oppression is a key feature of fascism, and the annihilation of caste must be a major objective of anti-fascist politics. Intersecting with Marxism, indigenous traditions of social critique, viz. Dalit Bahujan and Adivasi traditions, among others, are important resources for us. Mahadeva is a living embodiment of these intersecting traditions, and this book is a product of his life-long political engagements. 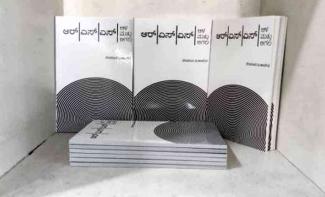