In the first two weeks of September, Bengaluru experienced torrential rains that left several thousand working-class families in the lurch due to submergence of their houses. While television channels was filled with news of how CEO’s were taken out of their homes in boats, and the manner in which water had stagnated in IT parks. However, what most missed was the utter devastation caused to thousands of working class families whose homes were inundated in rain water, resulting in them losing all their belongings, save the clothes on their backs.

Ignored in the news these working class families also found themselves ignored by the Government, until trade unions highlighted their conditions and compelled the government to step in with relief.

The workers who were affected are powrakarmikas, auto drivers/helpers, waste pickers, construction workers, domestic workers and daily wage workers who build the city and who ensure the health of the city. Those most affected belong to Dalit communities – those most vulnerable and belonging to historically oppresses sections of society.

While the CEO’s who had to be brought out on boat, and the IT companies suffered losses, the working class families effectively lost their entire lives – all their ration, clothes and belongings were lost, children lost their clothes, uniforms, books, bags and all that they required to go to school, and families had to reconstruct their homes itself.

The rains and the devastation of lives has brought to the forefront two crucial issues – One, the inequitable distribution of resources that result in lakhs of people today living in tin sheds in a state of utter vulnerability and, two the manner in which the effect of climate change affects most seriously and disproportionally those from the working class.

Studies[1] have traced the flooding in Bangalore to the manner in which real estate capitalism came together with historical agrarian caste and class relations and corruption to convert public land, farmland and wetland into urban real estate whereby lakes, waterways, storm drains that were meant to manage waterflow were all converted into real estate.

In response to the floods, the BBMP announced an encroachment drive. What is to be seen is how the BBMP will go about such drive, and which encroachments will be identified. Quick to identify “slums” as encroachments, it is seen that the real encroachments made by the rich and the powerful are often turned a blind eye too. “Slums” that has become a way of referring to any area where urban deprived communities live are treated as encroachments, when in fact they represent the failure of the State in performing its fundamental obligation of ensuring the provision of decent housing – A constitutional obligation that the Supreme Court has made clear vests on the State. While the list of encroachers identified by BBMP includes Wipro, Prestige, Eco Space, Bagmane Tech Park, Columbia Asia Hospital and Divyashree Villas, the demolition of encroachments is limited to small homes, and these companies are yet to be touched.

The crisis that we saw with excess rainfall and the flooding is indicative of the larger ecological crisis that the world faces today. The floods in Pakistan, the worst in recent history has killed over 1000 people and displaced over 320 million. Earlier this year, Northeast India, especially Assam and Meghalaya, faced one of its worst floods, with thousands of villages were inundated, and hundreds of thousands displaced from their homes.

We can’t reduce Climate change to an increase in temperature. Effectively it is about all material conditions - It is about how production takes place, increased consumption patterns, the inequitable distribution of resources, how we live, eat, move and what we do.

There can be no two ways about the fact that climate change has far-reaching adverse impacts on natural resources and ecological patterns. Rainfall patterns have gotten more skewed; forests and water bodies are dwindling, and what is understood as ‘atypical’ climate events are increasingly becoming the norm.

These shifts and changes are the result of several factors, including the nature of ‘development’ models adopted, the capitalistic mode of production, increasing consumerism, inequitable distribution of resources, the lack of proper governance and regulation, and misplaced policy priorities. This crisis has only been exacerbated by rising demands put on the environment, driven by a neoliberal policy framework that undermines regulations.

Since the causes of this crisis are systemic, rooted in economic and political structures, the solution too has to be systemic. Climate change cannot be addressed by appealing to the ‘moral’, ‘ethical’ conscience of the individual, and in exhortations to change individual consumption and lifestyle patterns.

Large global corporations bear a disproportionate role in causing climate change. A Carbon Majors Database report of 2017 found that just 100 companies have been the source of more than 70% of the world’s greenhouse gas emissions since 1988; and more than half of global industrial emissions since 1988 can be traced to just 25 corporate and state-owned entities.

It is necessary to recognize that capitalism and the demands of capitalism itself results in climate change, and unless the capitalistic mode of production is addressed, it is not possible to address climate change.

As we saw in the floods and as we see in any climate crisis, it is the vulnerable, the historically oppressed and the marginalised – working class, fisherpeople, landless agrarian labour, adivasis dependent on land, rural women, slum dwellers in increasingly congested cities – who bear a disproportionate share of the burden caused by these shifts in ecological balance. On one hand the inequitable distribution of resources and the denial of basic rights places them in a situation of extreme precarity, and it is this situation of precarity, which places them in a situation where they are disproportionately impacted.

Social, political and economic justice is intrinsically and organically connected to environmental justice. It is necessary that any response to the issue of climate change is political, and address social and economic inequities.

The struggle in the Amazon: Environmentalism and Class Struggle

“Environmentalism without class struggle is just gardening” Chico Mendes famously said. A radical unionist and environmentalist, Chico Mendes was assassinated on 22nd December, 1988, by landowners who were looking to deforest an area of forest in the Amazon.

The struggle of the rubber tappers’ union movement of the Amazon in the late 1980s and the contribution of Chico Mendes shows how environmental issues, issues of class struggle and struggles against imperialism must necessarily be fought together.

The rubber tappers are a highly exploited group of workers, whose job is to “tap” liquid rubber from trees in the Amazon rainforest. Rubber became increasingly important in the world economy from the end of the 19th century, especially after the invention of the pneumatic tyre.

The traditional rubber estates operated a system of debt bondage, tying the workers to the company. The rubber trappers’ trade union movement and Chico Mendes emerged as an important challenge to this, with environmental issues, workers’ rights and broader political goals being central to the struggle waged by them.

They recognized that the Amazon could not be completely cut off and that private exploitation of the land was resulting in its destruction. To this, Chico Mendes said:

“We realised that in order to guarantee the future of the Amazon we had to find a way to preserve the forest while at the same time developing the region’s economy... We accepted that the Amazon could not be turned into some kind of sanctuary that nobody could touch. On the other hand, we knew it was important to stop the deforestation that is threatening the Amazon and all human life on the planet... So we came up with the idea of extractive reserves... We mean the land [should be] under public ownership, but the rubber tappers and other workers... should have the right to live and work there...”

They also built alliance with the indigenous people’s movement to push for the public control over the amazon and to create extractive reserves across the Amazon.

The struggle of the rubber tappers movement shows the necessity to looks at environmental justice holistically.

Growing inequality, concentration of wealth and natural resources and the capitalistic mode of production itself will have to be addressed.

The World Inequality Report 2022 shows that the top 10 per cent holds 57 per cent of the total national income while the bottom 50 per cent’s share is just 13 per cent in 2021. Research on inequality also shows that dominant castes have the highest levels of land ownership, consumption expenditure, and income, followed by Other Backward Classes and Dalits.

Those who are forced to live lives of precarity are compelled to suffer disproportionately the effects of climate change. They are the historically marginalized classes and castes.

We cannot speak about environmental justice without speaking about economic and social justice – without dealing with growing income inequality and the manner in which caste hierarchies are perpetuated. Addressing climate change cannot be divorced from the larger question of democratic control over resources and democratic decision-making. Labour, economic and environmental policies of the neo-liberal state that push people into such precarious living will have to be challenged. The struggle against climate change is a political struggle, one that would necessarily have to encompasses in it class struggle, the struggle for the annihilation of caste and a struggle against imperialism. 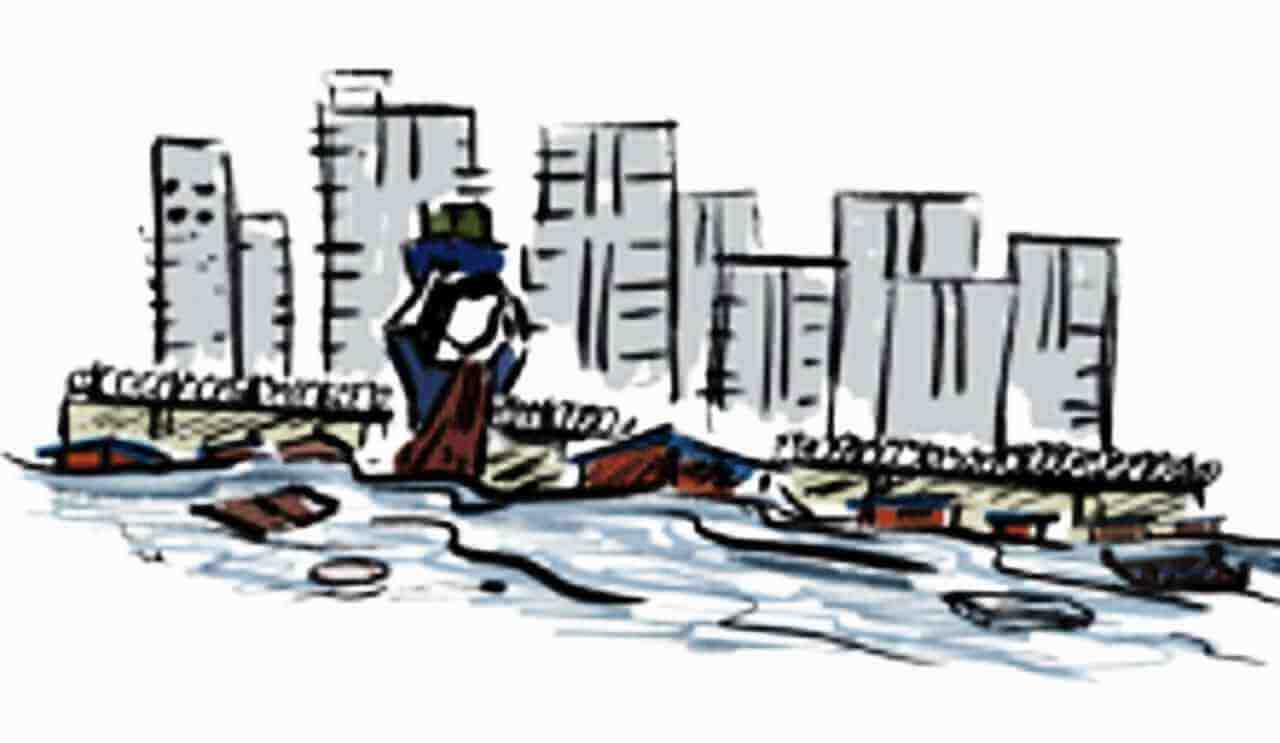 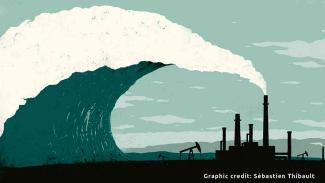