An ASEAN Defense Senior Officials' Meeting (ADSOM) took place on May 17 at the Cambodian Defense Ministry in Phnom Penh, to pave the way for the ASEAN Defence Ministers Meeting (ADMM) in Phnom Penh next month which the Myanmar junta Defence Minister is also expected to attend in person. The meeting, attended by Myanmar junta representative Zaw Zaw Soe discussed and decided in principle on the request for ASEAN-India Maritime Exercises to celebrate the 30th anniversary of ASEAN-India ties.

Myanmar’s Navy must not be invited for these joint naval exercises. An invitation would legitimise the military junta and the military coup it carried out last year, along with all the brutalities it is carrying out against pro-democracy protestors as well as Rohingya minorities. 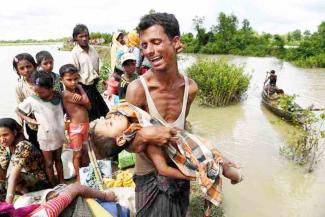