The attack on Salman Rushdie again reminds us of need to strengthen struggle against the prevailing bigotry, fanaticism spreading at a global scale across the nations. He was attacked and seriously wounded on 12.08.2022 in New York at a public event in which he was invited to speak. We condemn this heinous act and wish him a speedy and complete recovery. Despite the constant threats he faced since the ‘90s, as also the translators of his book ‘Satanic Verses’ belonging to Norway, Italy and Japan, wherein one of the translators from Japan – Hitoshi Igarashi – died, the security lapse in this case of the public event in the US, is a matter of serious concern. The Ayatollah of Iran had issued an edict calling for Rushdie to be killed - and this made him and the translators of his books vulnerable to murderous attacks in the name of defending Islam.

In India, we have seen writers – Gauri Lankesh, Govind Pansare, Narendra Dabholkar and MM Kalburgi being killed in the name of defending the Hindu faith. Such attackers and killers need to face punishment – as do the forces behind them – who seek to turn people into terrorists in the name of faith. India was the first country to ban Rushdie’s ‘Satanic Verses’; the ban must be lifted. Any attempt to use the attack on Rushdie to spread Islamophobia and Hindu-supremacist ideas must be resisted.

We must remember that Rushdie spoke up boldly against every kind of bigotry, including against the Hindu-supremacist fascism in India. 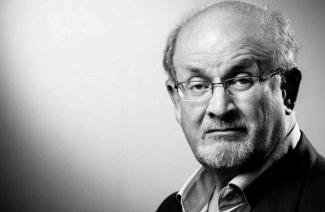