Consolidate the Historic Victory of the Farmers’ Movement!

Strengthen the CPI(ML) to Intensify the Battle against Fascism!

Major questions of history are resolved through people’s struggles on the streets. These words of Comrade Vinod Mishra have once again been proved right in our experience. Taking advantage of the Covid pandemic, Modi government had sought to transfer the reins of agriculture to big private companies through three fraudulently passed farm laws. But the farmers of Punjab managed to build up a movement in the midst of the pandemic that went on to write history by energising farmers across the country, sustaining the movement for one full year defying draconian laws, demonising propaganda and violent attacks, and eventually forcing the arrogant Modi government to repeal the laws lock, stock and barrel. Comrade Vinod Mishra would have been most happy to see the farmers’ movement grow into such a powerful anti-fascist barricade.

The Modi government understands the power of the farmers’ movement. It clearly has the power to challenge corporate aggression, it also has the power to defuse the otherwise potent bomb of communal polarisation and inspire confidence all around among all forces fighting for their rights. Even while repealing the laws ahead of the crucial UP and Punjab elections, the Modi government is therefore refusing to arrive at a negotiated settlement with the farmers’ movement. The ‘Statement of Objects and Reasons’ accompanying the Farm Laws Repeal Bill camouflages the bill as an ‘Amrit Mahotsav’ expression of magnanimity on the part of the Modi government to make protesting farmers happy. The arrogant and deceptive propaganda of the regime cannot however hide its defeat and desperation.

The farmers are absolutely right to press on for their other key demands including dismissal of minister Ajay Mishra Teni who instigated the violent attack on protesting farmers in Lakhimpur Kheri, withdrawal of all cases against farmers and activists participating in the movement and legal guarantee for MSP for all crops and all farmers. If Punjab, Haryana and western UP farmers successfully spearheaded the struggle for repeal of the farm laws, it is now for farmers of other states, especially where procurement is low and farmers are forced to sell at prices way below MSP, to play a bigger role in the next phase of the movement. While farmers are denied Minimum Support Price for their crops and most workers are denied Minimum Wages for their hard labour, companies are allowed to charge ever increasing Maximum Retail Price from the consumers. The battle for MSP will thus have to be linked with the fight for living wages and control over rising prices.

We should also realise that the movement has succeeded because of months of organised efforts and intensive and systematic mobilisation of farmers in their millions. The inspiration generated by the historic victory of the farmers’ movement should now be converted into extensive organisation building and wider political mobilisation.

A week after announcing the repeal of the farm laws, Narendra Modi chose the occasion of 26 November, the anniversary of the adoption of the Constitution of India, to negate the basic spirit of the Constitution. Afraid of the Constitution, especially the vision upheld in the Preamble and the fundamental rights committed by the Constitution, becoming a weapon in popular struggles for rights, the Prime Minister sought to turn the Constitution upside down by making rights subservient to duties. It should be noted that the section on duties of citizens was incorporated through a constitutional amendment only during the Emergency. As the regime intensifies the assault on democratic institutions, federal framework and constitutional values and commitments, we must draw every inspiration from the victory of the farmers’ movement to strengthen the anti-fascist resistance. The farmers’ movement itself was inspired by the path-breaking equal citizenship movement and the heroic rise of the Shaheen Bagh model powered by Muslim women and university students.

2021 has been a year of terrible sufferings for the Indian people when the state abdicated its responsibilities to save lives, and resorted to brutal repression, cruel anti-people policies and systematic sale of public assets. Yet we are ending the year on the high note of people’s victory won through heroic struggles and enormous sacrifices. The new year begins with crucial Assembly elections in Uttar Pradesh, Punjab, Uttarakhand, Goa and Manipur. Let us summon all our strength and energy to turn these elections into a powerful people’s movement to push back the fascist forces.

Today as we observe the 23rd anniversary of Comrade VM’s untimely demise, we must remember his lifelong battle to develop the CPI(ML) as a powerful communist party combining ideological boldness and organisational strength with courageous initiative and assertion of the people. The strengthening of the party holds the key to victorious assertions of the people. With growing challenges, we can also identify a lot of new potential for the expansion of the party and its enhanced role in terms of all-out initiatives and intervention. Let us seize the moment and make 2022 a year of even better efforts and bigger victories. 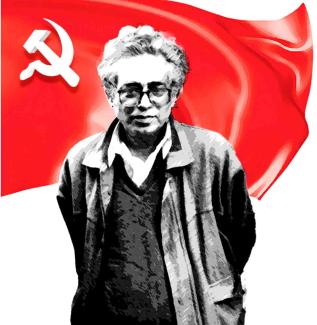