CPIML expresses its deep condolences at the sudden and untimely demise of senior journalist Kumar Dhananjay on 21 November 2020.

Kumar Dhananjay worked as a journalist for the last two decades, first with Aaj Tak and in the last few years with various independent media outlets. Throughout his career as a journalist he remained committed to democratic values and just causes.

Comrade Dhananjay joined JNU in 1993 as a student of French in the School of Languages. From his early days in JNU he had been an activist of AISA and played a leading role throughout his studentship in the 1990s. In 1994 itself he was elected as JNUSU Councillor in the School of Languages with a record number of votes and became the Convenor of the School. He was one of the leading organisers in the struggle to restore Deprivation Points in 1994 and the anti- Fee Hike movement in 1995. He played a prominent role in the movement for justice after Comrade Chandrasekhar's martyrdom, and was injured in a lathicharge during that struggle.

With his passing away journalism and the cause of democracy has lost a fellow traveller and a fearless voice. 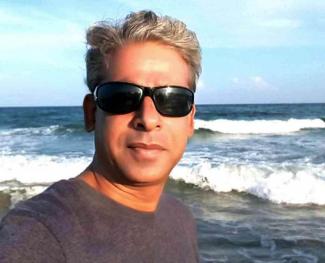