Skip to main content
Article 25 August 2022
Start-Ups End Up in Shrinking the Workforce!
by Atanu Chakravarty

The dark side of Start-Up Unicorns has begun to raise its ugly head. Under the garb of 'restructuring', and ' realignment of operations', the Start-Ups have begun to fire or terminate contracts of employees as a 'cost cutting measure'. Indian start-ups have retrenched a little over 11,000 people in the last six months. Industry experts predict that the situation might get worsened soon when more than 60,000 employees are expected to be axed by the end of this year!

On 29 May 2022, Mr Modi, in his ‘Mann Ki Baat’ show, trumpeted that the Start-Ups are a 'matter of immense pride and have renewed confidence in India's abilities''. He boasted that the country's unicorns are valued at $ 330 billion, i.e., 25 lakh crores of rupees with faster average growth rate like the UK, the US and other western countries. A single unicorn is assessed to make a turnover of, at least, 7,500 crore rupees. “Even during the COVID pandemic, the Indian start-ups continued to create wealth and value”, he claimed.

However, this ''pride of every Indian'' has burst asunder. Start-Ups in the country have fired 11,615 employees since January this year. Seven unicorn start-ups - Ola, Blinkit, Unacademy, Vedantu, Cars24, Mobile Premier League and Byju’s have also slashed their workforce following this trend. In April 2022, Ola retrenched 2,100 contract workers in a massive restructuring of its quick commerce business Ola Dash. Blinkit, acquired by Zomato a couple of weeks ago, laid off 1,600 workers in March. World's most valued edu-tech company Byju’s axed 600 workers.

The Start-Ups have immensely benefited through a host of economic and other policy measures by the Central Government. A funding of Rs. 960 crore has been enabled for Start-Ups through various schemes. Rs. 868 crore sanctioned fund for infrastructure, tax exemption on investment above Fair Market Value, exemption from compliance of nine environment and labour laws through Start-Up India web portal, online self-certification for labour laws through Shram Suvidha portal, relaxation of norms for public procurement, credit guarantee scheme (corpus of Rs. 2,000 crore across three years - collateral free, fund & non fund-based credit support) and such other benefits have been extended to Start-Ups.

Extracting huge benefits from the government, the Start-Ups gained exponential profit during the pandemic-induced boom. It is worth recollecting that the “Start-Up India” scheme is an initiative of the central government supposedly for employment generation and wealth creation. The goal of Start-Up India is the development and innovation of goods and services and is also to increase the employment rate in India. The eligibility for a Start-Up, according to the central government policies, is that it should be an incorporated company as a private limited or as a registered partnership firm and its turnover should be less than Rs 100 crore in any of the previous financial years. The much-touted goal of generating and increasing employment through Start-Ups has proved to be the greatest hoax.

At present, according to the CMIE (Centre for Monitoring Indian Economy), India's unemployment rate has soared to 7.8 per cent in June 2022 with 13 million jobs lost, mostly in the agricultural sector. Now, retrenchment in the Start -Ups are adding to the vast army of unemployed. The grim unemployment scenario and ever rising inflation are the main economic issues today. By its own admission, vacant positions in the central government employment are close to 8,00,000. Mahesh Vyas, CEO of CMIE has said, "the proportion of people employed in GOI is amongst the lowest in the world. In most countries, the proportion of people hired in government jobs is much higher and those governments do provide a lot more services to their people". However, in India, the situation is just the opposite.

The new labour codes have provided an arm to the employers to fire the workforce at their own whims and fancies. The precarious situation of huge working population and their vulnerability has increased manifold. All the existing institutions have not only failed to protect the teeming millions, but have exacerbated their miseries to its zenith. It is time to fight back these draconian laws. United workers resistance alone is the befitting challenge to the fascist regime and its onslaughts on the working class and the economy. 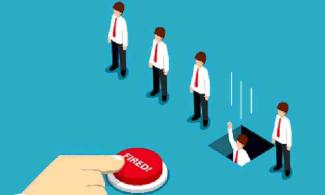