Comrade Mozammel Haque, CPI(ML) Liberation Darjeeling District Committee member and Siliguri Local Committee Secretary as well as AICCTU Darjeeling District Secretary, passed away on the intervening night of 24-25 July due to cardiac attack. Comrade Mozammel was one of the prominent leaders of the anti-eviction movement in Chandmani tea garden from 1999 to 2003. He also played a crucial role in organising a sustained resistance struggle when the railway authorities issued eviction notice to the poor minority residents along the railway line. He was immensely popular among the rank and files of all left parties and the masses for his hard work, discipline, political wisdom and humble behavior. He took active initiatives to organize tea garden workers for minimum wages, social security and other rights for years. His unexpected demise is an irreparable loss to the Darjeeling District Committee of the party and the entire Left movement in the state. 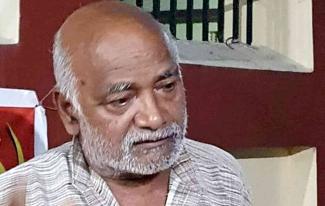