Addressing a press conference in Patna on 13 August, CPIML General Secretary Dipankar Bhattacharya said that the ouster of the BJP from power in Bihar is a positive event for the entire country. The formation of a non-BJP government in Bihar is a step in the right direction to rid the country of the BJP's politics of conspiracy and disaster and generates fresh hope in forces fighting against attacks on the Constitution and democracy.

CPIML will not join the Nitish Kumar’s cabinet, but will support the government, noted Dipankar Bhattacharya, and added that “We hope that the new government will move forward with a positive attitude and against the repression by the BJP rule on the civil society and people’s movements. Our party will play an important role in building a meaningful dialogue between civil society and the government. The state government should take effective administrative and legislative steps against the BJP's conspiracy to turn Bihar.”

Comrade Dipankar congratulated Nitish Kumar on the formation of a non-BJP government in Bihar, and said that we will remain outside the Cabinet, but give the government full cooperation. The change in Bihar has given relief to forces fighting against attacks on the Constitution and democracy.

A letter with following suggestions was given by CPIML to the new government: 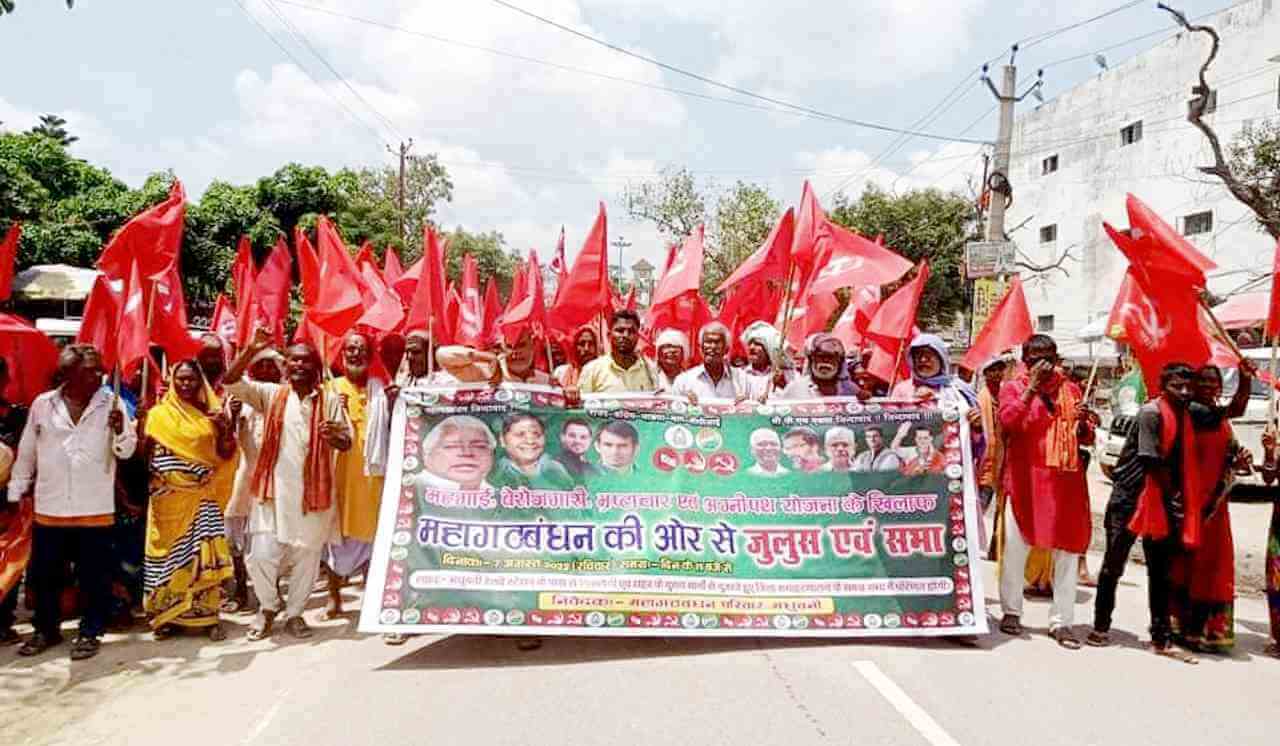 Massive people’s participation was seen across Bihar in the protest marches called on August 7th at all district headquarters by the Mahagathbandhan against inflation, unemployment, fascism, bulldozer raj, attacks against Muslims and women, and to declare Bihar a drought-affected state. Large numbers of common people as well as activists of CPIML and other Mahagathbandhan parties thronged the streets of the capital city – Patna and other districts – to warn the BJP government that this situation will not be tolerated.

CPIML Bihar State Secretary Kunal thanked the people of Bihar for their historic participation and support, and said that Bihar has once again shown that it stands against the fascist BJP government. CPIML said that this is the first time in history that food items are being taxed. Homes of the poor are being demolished. Relentless attacks are being perpetrated against Muslims and women. It was from the land of Bihar that the revolution led by JP against the dictatorship started in the mid-70s. Now when the country is once again suffering from an undeclared Emergency, the people of Bihar have come out on the streets to challenge the autocracy inflicted by Modi-Shah

The march in Patna was attended by Leader of Opposition Tejashwi Yadav, CPIML MLAs Mahboob Alam, Sandeep Saurabh, Gopal Ravidas and Amarjeet Kushwaha and leaders, including Dhirendra Jha, Meena Tiwari, Shashi Yadav, Rajaram and Abhyuday. After garlanding the statue of JP, the march proceeded to Dak Bangla Chowk where it culminated in a meeting. Activists from RJD, CPIML, Congress, CPI-M, CPI attended the protest march.

CPIML legislative group leader Mahboob Alam said that the report card released by us on June 5th identified the dire condition of Bihar under the BJP-JDU government on all human indices like per capita income, education, health and agriculture. As per the poverty index, 51.9% of the population in Bihar is poor. Bureaucratic loot and institutional corruption are breaking new records daily. Mob lynching, rising crime graph, violence against dalits and women, eviction of the poor, massacres by poisonous liquor, ruination of youth through drugs and other substances, rising unemployment, back-breaking inflation, migration of workers, devastation of agriculture, destruction of environment - these are the truths of Bihar today. Desperate poverty and debt trap have driven entire families to suicide in Vidyapatinagar (Samastipur) and Patepur (Vaishali). These are alarm bells for Bihar, but the government remains blind and deaf. Protest marches under the Mahagathbandhan banner were organized at all district headquarters in the state. All MLAs attended the march in their respective Districts. 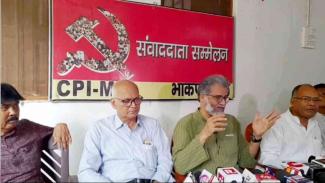