The Supreme Court invoked its extraordinary powers to declare on Wednesday that Rajiv Gandhi assassination case convict AG Perarivalan’s life term would be “deemed to have been served” and ordered his immediate release. He was 19 in 1991 when he bought two batteries that, unknown to him, were used in the bomb that killed the former Prime Minister. He has since spent 31 years in jail. Sentenced to death under TADA, the Supreme Court had commuted his sentence to life after his mercy petitions to the governor and later the President were rejected.

In 2018, the Tamil Nadu government recommended remission of his sentence by the governor under Article 161 of the Constitution. The governor did not take a decision on this for two and a half years and referred the case to the President for his consideration after Perarivalan moved the top court for relief. After the court sought an explanation on this, the Centre claimed that the powers of remission would lie in this case with the President as the offence was tried by the Central Bureau of Investigation under central government statutes.

The Supreme Court, in remitting Perarivalan’s sentence, reiterated the position strongly that “The Governor occupies the position of the head of the executive in the State but it is virtually the Council of Ministers in each State that carries on the executive Government.” In a harsh reprimand, the SC said that “Given petitions under Article 161 pertain to the liberty of individuals, inexplicable delay not on account of the prisoners is inexcusable as it contributes to adverse physical conditions and mental distress faced by a prisoner, especially when the State Cabinet has taken a decision to release the prisoner by granting him the benefit of remission / commutation of his sentence.”

To place such reprimands by the SC of “inexcusable delay” on part of the Centre in context, however, we must remember that the same SC has inexcusably delayed hearing challenges to the abrogation of Article 370 in Jammu and Kashmir. The double standards when it comes to federal rights, even in the apex court, is glaring and jarring. 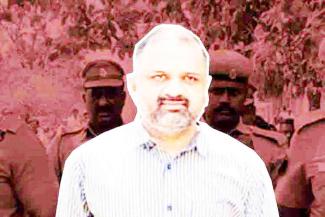