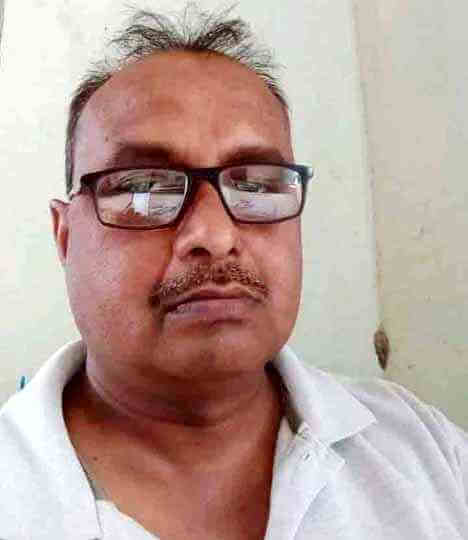 Comrade Rakesh Diwakar of Pratappur (Bhojpur) died in a tragic accident in the morning of 18 May. A high school teacher in Pavna village, he was making his daily trip to school on his bike with his friend and colleague Rajesh Kumar, when their bike was run over at Tetariya Mod by an overloaded tractor carrying sand. Both died on the spot. Tractors speed in this area to evade corrupt police who extort bribes.

The deaths of Rakesh Diwakar and Rajesh Kumar and others in various incidents is a result of the anarchic situation created by the greed and selfishness of the sand mafia, police and administration.

Rakesh Diwakar enriched art with Bhojpur's revolutionary spirit and the values of justice and social equality. When innocent children, women, dalits and rural workers were being massacred, Rakesh Diwakar formed artists' associations like 'Art Commune' and organized painting and poster exhibitions across Bhojpur in protest. The struggles and aspirations of toiling people were the themes of his art. Through his deep study of modern art he acquainted people with such contexts at a time when artists of the world made painting a medium for people's struggles and people's protests.

Rakesh Diwakar and his fellow artists linked their painting to people's issues and took initiatives in movements and agitations. Be it an issue of road construction, incidents of crime and oppression or war hysteria, Rakesh Diwakar always made his art a medium for resistance. Rakesh Diwakar was a National Councillor of Jan Sanskriti Manch for a long time. He also acted in plays staged by 'Yuvaniti'.

His family and the entire Bhojpur and Bihar party are devastated by his untimely demise.