CPIML expresses deep condolences on the demise of former Bhojpur District Secretary Comrade Dina Ji who passed away on 15 May after a long illness. Originally from West Bengal, he was Bhojpur Secretary in 1990-92.

77 year old Comrade Dina Ji (Arup Sen Gupta) breathed his last in Kolkata. He had been suffering from kidney cancer for a long time and was on oxygen support for the last 24 hours due to a lung infection. He is survived by his wife, son and daughter.

Before becoming a party full-time activist Comrade Dina Ji was working at the Bokaro Thermal Power plant as a technician. He was a first generation party leader and discharged various responsibilities and held the post of the then Central Bihar Zonal Secretary, Bhojpur District Secretary and Central Committee member. He was part of the delegation to China led by Comrade Vinod Mishra. He went to jail twice during his party life, first in 1971 and then in 1977. After the special party conference in 1979 he was fully involved in implementing party line changes. He emerged as a leading organizer of anti-feudal struggles in Bihar in the 80s and the revolutionary peasants' struggle in Central Bihar. He is remembered in Bhojpur and Bihar as a calm, creative and committed comrade and a cheerful and affectionate human being.

His mortal remains were brought to the West Bengal state party office in Kolkata where tributes were paid by senior leaders including Comrades Kartik Pal, Partho Ghosh, Abhijit Majumdar, Jayatu Deshmukh and Atanu Chakraborty. CPIML conveys deep condolences to the bereaved family in this hour of grief. 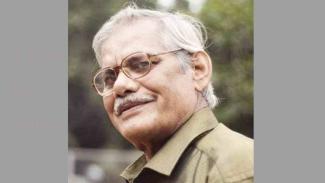