On October 18th, 2022, Genetic Engineering Appraisal Committee (GEAC) under the Ministry of Environment, Forest and Climate Change has recommended that the ‘environmental release’ of the genetically modified (GM) mustard variety DMH (Dhara Mustard Hybrid)-11 be for open trials, field demonstrations and seed production.

DMH-11 is a genetically modified hybrid variety of the brown mustard species Brassica juncea. This step has paved way for commercialisation of the country’s first GM food crop. The hybrid mustard DMH-11 developed by the scientists of Centre for Genetic Manipulation of Crop Plants (CGMCP) under Delhi University is a result of a cross between two varieties: Varuna and Early Heera-2, which contains two foreign genes isolated from a soil bacterium bacillus amyloliquefaciens. Transgenic DMH-11 involves Barnase gene that confers male sterility and Barstar gene that restores DMH-11's ability to produce fertile seeds; these two genes allow for cross-pollination and hybridisation in mustard, which is largely a self-pollinating plant. Put very simply, the barnase gene confers male sterility to a plant in which it is inserted and enables crossing of the male sterile line with the fertility restorer (barstar gene) line – to produce fertile hybrid plants and seeds. The number “11” refers to the number of generations after which the desirable traits are manifested. Apart from these two, there is a third bar gene that enables DMH-11 to produce enzyme phosphinothricin-N-acetyl-transferase, responsible for herbicide resistance.

Presence of the bar gene makes GM mustard plants herbicide tolerant (HT) to the spraying of glufosinate ammonium, a herbicide used for killing weeds. Reportedly, the Bar-Barstar-Barnase gene is a patented technology of Bayer Crop Science. Around the world, there are many cautions in cultivating HT crops by altering genes. Glufosinate is a broad-spectrum herbicide marketed worldwide as ‘Liberty Link’ and ‘Basta’ by Bayer. It extensively wipes out weeds as well as those plants which does not have the Bar gene. Essentially, this is done to differentiate between the GM crops from the non-GM progeny and with a glufosinate-herbicide spray the non-sterile hybrid plants will be eliminated. This will ensure that sterile GM crops are grown over successive generations.

Glufosinate tolerant DMH-11 would encourage uncontrolled use of this herbicide. The report submitted by CGMCP talks about the safety of these genes, whereas, there is no discussion with respect to biosafety studies for glufosinate. Practically, GM mustard hasn’t been evaluated as a HT crop posing potential risks on the ecosystem. European Food Safety Authority (EFSA) reported high-long-term risk of glufosinate ammonium on mammals, including severe developmental toxicity induced by maternal toxicity. The claim of CGMCP that glufosinate is only allowed to be used as a selectable marker in breeding and seed production field and not in commercial cultivation fields is also self-contradictory. If the bar-gene has been introduced to avoid contamination from other lines and to maintain pure parental lines, then without spray of glufosinate, how will they ensure successive generations of pollen-free crops?

With excessive use of glufosinate, there will be emergence of glufosinate resistant weed species in due course, due to artificial selection pressure on weeds. Also, too much use of agrochemicals not just kills the weeds, but those small herbs used for consumption or medicinal properties in our country. Mustard is one of the top three highest produced oil seed crop in India. With abundant pollen and nectar, mustard attracts pollinator insects especially the honey bees. Commercial cultivation of GM mustard would inevitably result cross pollination between GM and wild varieties of mustard. The rich wild mustard biodiversity and germplasm of India is thus under risk of being contaminated, which can never be reversed. This would make the indigenous varieties vulnerable especially in the backdrop of climate change and consequent crisis in food security. Due to 'super selection' of DMH-11 mustard plant for its resistance to herbicides, practice of intercropping or intensive cultivation would also be hampered. Commercialization of GM mustard also might pose a threat on the population of honey bees and production of honey in the surrounding areas. The particular gene of concern in DMH-11 could escape into the environment and alter the genetic makeup of the weeds making them herbicide resistant ‘super weeds’. Farmers in Punjab expressed concern that if the herbicide-tolerant GM mustard is allowed, it will lead to the increased use of chemicals and render the leaves unfit for consumption.

The Technical Expert Committee (TEC), formed by the Supreme Court in 2012, had recommended a total ban on all herbicide tolerant crops. The TEC report said, “The major concern with HT approaches is the excessive reliance on increased amounts of one or two herbicides which results in strong selective pressure for the emergence of herbicide resistant weeds and a negative impact on sustainability.” The TEC found these crops “unsustainable” and “unsuitable” for India, noting that the herbicides sprayed on HT crops could cause cancer. They suggested a ban on genetic modification of crops which have been originated or having rich diversity in India. In 2004, the chairman of the Task Force in Agricultural Biotechnology advised against commercialisation of HT crops as they eliminate the need for manual weeding, a job undertaken by many rural women in India. As per a report published in The Economic Times, even 25% cultivation of GM mustard would impact the livelihood of millions of farmers by reducing 4.25 crore employment days.

Mustard is cultivated in 6-7 million hectares land during the winter season in Rajasthan, Haryana, Punjab, Madhya Pradesh and other states. Currently, India imports about 55-60% of its domestic edible-oil requirement. Hybrid technology is a major tool to meet increasing demand of crops all over the world. While the contained trials on DMH-11 suggest that DMH-11 has 28% higher yields than its parent Varuna, there have been conflicting reports on irregularities, manipulation of testing and data, compromising scientific integrity regarding the biosafety evaluations. The detailed trial data conducted in 2014-15 have not even been disclosed. There is also lack of clarity as to what effect consumption of these crops can have on the health of humans and livestock, while scientists have been talking about the possible adverse effects of genetically modified crops on health in general for a long time. In 2016, many stakeholders, including breeders and ecologists presented evidence to the GEAC that yield data of GM HT mustard is manipulated, and the testing itself was unscientific. In its testing, GM mustard hybrid DMH-11 was not compared with non-GM hybrids. The comparators used for GM mustard testing violated ICAR protocols as well as the conditions under which permission was granted by GEAC. Several complaints also point towards the nexus between the regulatory bodies and GM crop developers.

Farmers’ organizations, environmentalists and concerned citizens have always raised their concerns regarding GM crops, seeking transparency in the results of field trials and demanded that a comprehensive and rigorous biosafety protocol be put in place by GEAC. Due to various doubts and vagueness in the claims made, many countries have banned cultivation and sale of GMOs including Austria, France, Germany, Greece, Italy, Poland, Russia, while substantial restrictions on GMOs exist in more than 60 countries.

Farmers of this country already have an extremely bitter experience of cultivating genetically modified Bt cotton, most notably in Maharashtra. The Bt cotton was genetically modified to produce Bt toxin in order to combat some insects. After the introduction of Bt cotton in 2002, production increased initially, but within a few years the situation deteriorated. Eventually, other insects that were not previously thought to be particularly harmful had flourished, causing crop damage. Also, the target insects of Bt cotton after adaptation became resistant to Bt toxin, limiting the efficacy of Bt seeds and increasing pesticide use in long run contrary to the advertised benefits. Farmers solely dependent on the big companies for highly priced seeds and fertilizers, due to its monopoly, suffered from huge losses. The continuing spate of farmers suicides in areas of Bt Cotton cultivation suggests that at least in the current Indian conditions this is a curse on our agriculture and farmers. Later in 2009, after issuing the license for commercial cultivation of Bt brinjal, the government was forced to cancel it due to strong opposition from scientists, environmentalists as well as farmers.

In 2002, Proagro Seed Company (Bayer’s subsidiary), applied for commercial approval for a similar Bar-Barnase-Barstar mustard which was then turned down owing to lack of evidence of better yield. There is considerable ambiguity regarding the ownership and rights over this technology and the commercial GM mustard seeds. The approval for GM mustard was once given by the central government earlier in 2017, which was halted then as scientists, environmentalists and activists moved the Supreme Court against it. Rather than addressing the structural problems of agriculture, the ruling classes in India have been trying to promote GM crops vehemently. Already Bt Cotton has been used on a large scale and the experience is highly alarming. DMH-11 would encourage farmers to abundantly use herbicide (Glufosinate) inflating the markets of those seeds and herbicides whose health effects raises many concerns. Globally, the nexus between monopoly companies of seeds, agrochemicals and drugs is well known. Genetically modified mustard cultivation could further increase this monopoly. Presently, the corporatization of agriculture is aggravated by introduction of patented crop seeds, contract farming, and monopolization of specialized pesticides, herbicides and fertilizers essential to its cultivation.

DRMR, ICAR's research centre had already sown the GM mustard hybrid DMH-11 in 6 field trial plots for evaluation. As a plea challenging this environmental clearance has been filed in the Supreme Court, there is a temporary stay on this field trial. The Court has adjourned the hearing to November 29th, 2022. But if the pressure of the street movement and scientific community does not intensify, it is difficult to say how much relief will be finally obtained from the Supreme Court, especially when the government is increasingly trying to expand the cultivation of GM crops in this country. The recent clearance by the government for the release of DMH11 is depicted as a ‘bold’ decision to move towards ‘Atmanirbhar Bharat’ by meeting the aspirations of scientific and agricultural community. But the farming community in the country is struggling to get minimum support price of their crop! Once the commercial approval is granted, it will also initiate commercial cultivation of other domestic and foreign GM crops, including brinjal, rice, wheat, corn. Eventually, agriculture will go beyond the control of farmers and scientists and the private companies will gain control over the agrarian market. The courageous peasant movement have resisted the anti-farmer farm laws for now, but the GM food crops could pave the way for corporate farming through the backdoor, which we all need to be cautious about. 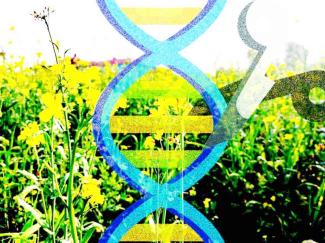